The AUD/USD pair shows its usual behavior. It attacks its chosen price target and moves accurately to a strong barrier. In particular, the level of 0.7000 was considered as the goal for quite some time, when buyers of AUD/USD tried to break it from the bottom up. After that, the Australian dollar still consolidated above it, which leads to the next goal – the resistance level of 0.7350. Since the end of August, buyers have been trying to rise above this level in order to settle within 0.7400, but they have to back down each time. As soon as the pair exceeds this resistance level (or even approaches it), sellers appear and actively get rid of the AUD. Buyers, in turn, fix profits and leave the Australian dollar to the bears.

This is the main problem of the AUD/USD pair: As a rule, it is traded within a wide price range, the limits of which are quite strong support and resistance levels. In this case, this is the lower limit of 0.7000 and the ceiling of the range of 0.7350.

On one hand, the 350-point range allows you to hover around, especially since the range holds back the attack of either AUD/USD bears or bulls. For example, the level of 0.7000 withstood the recent strengthening of the US dollar; however, they were quickly brought back, despite the fact that sellers were able to enter the area of the 69th figure.

On the other hand, we see that market participants cannot determine the vector of the price movement in the long term. If traders had one goal during the summer of this year (until August), that is, breaking the level of 0.7000, now investors cannot decide whether to decline below this level or put on the growth of the Aussie, besieging the resistance level of 0.7350. Looking at the weekly chart of the AUD/USD pair, we see that traders alternately test the upper limit of the range, then the lower one from August 20. This dynamic has been especially clear since the end of September. 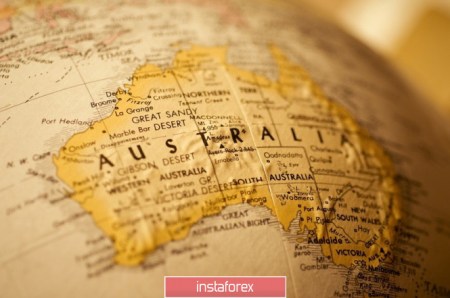 Today, we are at the upper limit of the price range. Earlier this week, the AUD/USD pair tried to re approach the level of 0.7350, taking advantage of the dollar’s weakness. However, the market made an optimistic reaction to reports from Pfizer pharmacists. The successful coronavirus vaccine test results have allowed dollar bulls to regain the upper hand in all major group currency pairs, and the AUD/USD pair is no exception. The bears took the lead and pushed the Australian dollar to the 72nd area. However, this optimism was replaced by pessimism, due to the global distribution of the vaccine. It was reported that the drug must be stored and transported at ultra-low temperatures: -70 C and below.

Given the above background of price fluctuations of this currency pair, we can assume that the AUD will still return to the level of 0.7350, despite the contradictory fundamental background. The asset of the indicated currency is the RBA’s waiting position and the actual victory of the Australians over the coronavirus and, accordingly, the lifting of quarantine restrictions.

On another note,. Beijing has effectively declared a trade war on Canberra, although it was not legally recognized. The Chinese authorities did something different: they gave Australian goods strict checks at the border, explaining this with new rules (in particular, sanitary) or congestion of port warehouses (for commodities). In addition, a number of Chinese items have been inflated by customs duties. Chinese authorities also banned their trading companies from buying coal, barley, copper ore, sugar, wood, wine and lobsters from Australia. But with all this, Beijing has so far bypassed iron ore. This commodity is strategically important for the Australian economy, so its absence on the “Chinese black list” is perceived as a positive fundamental factor.

In general, the mid-term outlook for the AUD/USD pair will depend on how the USD behaves. This week, the US currency has showed its vulnerability again: it is in demand on a situational basis, but it is not capable of developing a huge and consistent offensive at the same time. This suggests that long positions are still in priority for the pair in the medium term, with the first goal of 0.7300. The primary goal is 0.7350, which is located at the upper line of the Bollinger Bands indicator on the daily TF.