The euro fully recovered on Friday after falling on Thursday, now the price intends to reach the target level of 1.1917 – the highs of September 10 and August 6. Perhaps growth will be slightly higher in order to reach the MACD line. The highest peak is seen at the upper border of the price channel at 1.1960. The Marlin oscillator is growing, the bullish trend of the corrective plan continues. 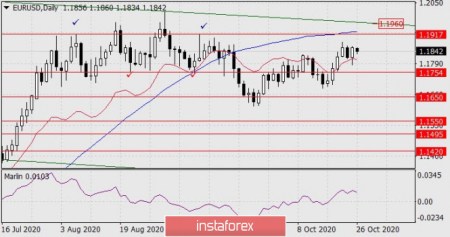 The price rises after a false departure under the MACD line on the four-hour chart, which is its own sign of continuing the movement after a false price maneuver. The same maneuver was made by the Marlin oscillator, now the price is in a growing position for all indicators on this timeframe. We are waiting for the price to rise to the designated target of1.1917. 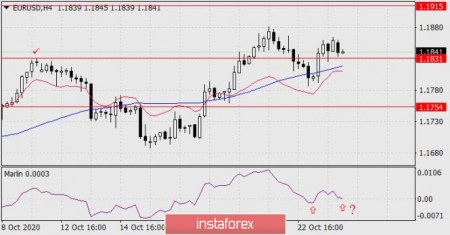