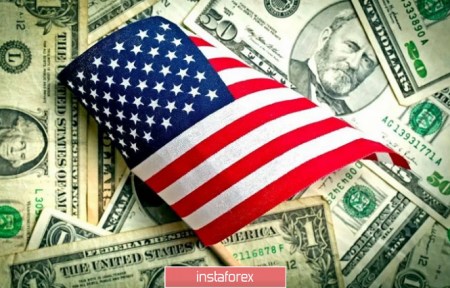 The lack of agreement on the new stimulus package before the 2020 presidential election has led Wall Street economists to speculate about the outcome of a second recession.

“If we do not achieve budget increases in the next few months or at the end of January, the risk of seeing a double recession will increase,” Torsten Slok, chief economist at Apollo Global Management, told Yahoo Finance Live. “In Europe, this is due to the lockdown and quarantine measures they have implemented. But in the US we have such a need to expand the budget, and if this does not happen, the risk of recession will really increase.”

Aside from that, the government may also put forward a different kind of stimulus plan, which will cause the economy to deteriorate (signs of this can be seen in the October ADP employment report). And when this plan gains the approval of the Congress, it may turn out to be much less than the $ 3 trillion that many are already waiting for. Goldman Sachs estimates that a divided government stimulus could bring in about $ 1 trillion.

Wall Street analysts also expect further actions from the Fed, assuming that the results of the US elections would hinder the Congress from performing any action regarding additional financial stimulus. In this case, the Fed may be pressured into pumping more money to the economy, most likely by supporting more stock purchases.

“Whoever becomes the president is unlikely to have the support of the Congress,” said Albert Edwards, global strategist at Societe Generale. “This only means one thing: more Fed intervention to support markets.”

The Fed is set to issue a statement later, after a two-day meeting that was postponed until the elections. Many expect the central bank to reiterate its pledge to do whatever it takes to help the crisis-ravaged economy.

But despite the uncertainty on the first day of the elections, the initial movement of stocks (after the election day) did not give much concern when viewed in terms of the inevitability of a double-dip recession. The Dow Jones Industrial Average soared more than 800 points in early afternoon trading, with significant gains also seen in the Nasdaq Composite and S&P 500 indices. Investors have also broken into risky areas of the market, such as high-tech companies Facebook, Amazon and DocuSign.

Clearly, markets will stabilize again at the onset of certainty.

Moreover, according to SunTrust Chief Market Strategist Keith Lerner, “financial incentives are likely to appear, even if they are postponed to a longer period of time. The economy must continue to move forward, albeit in fits and starts. “